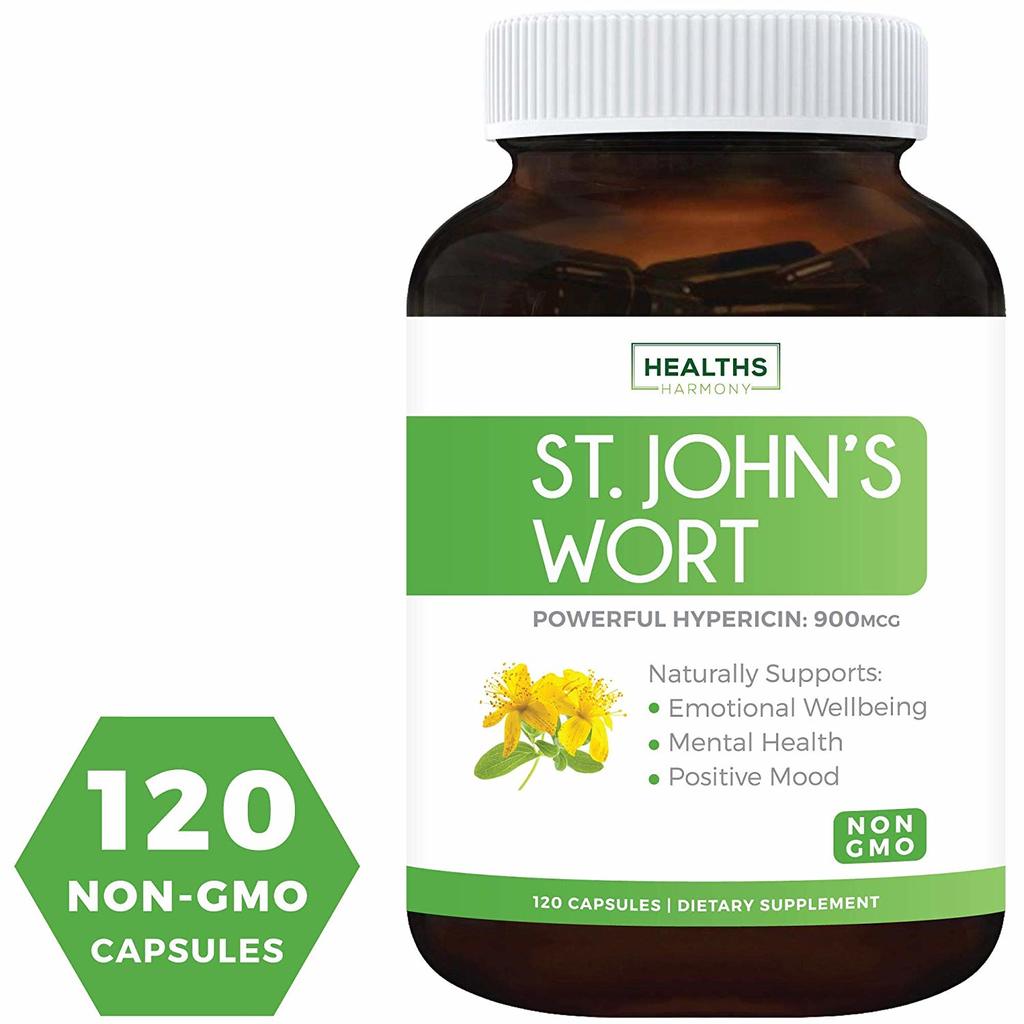 Our Review of St. John’s Wort

St. John’s Wort is an herbal plant that is known for its many medicinal abilities, especially for anxiety and depression, as well as, its strong antiviral and antibacterial qualities.

It is also known as Klamath weed or Tipton's weed.

The name St. John’s Wort was given to the plant because it fully blooms on the 24th of June, the day of the feast for John the Baptist.

Supplement forms are can be found as teas, capsules, tablets, and topical treatments.

Around the year 1970, the antibacterial substance hyperforin present in the plant was finally extracted, analyzed, and scientifically proved.

The plant contains two other powerful active compounds hypericin and flavonoids. All three of these play a vital role in its efficacy.

The herb is used as an alternative medicine for the treatment of anxiety and depression.

The therapeutic use of the plant has grown over the decades. In the last 20 years, it has been used extensively for the treatment of anxiety and depression in European countries, like Germany and Sweden, as well as, the United States.

Research shows that for people who suffer from mild depression along with anxiety the herb is effective in lowering the frequency that patients experience anxiety.

St. John’s Wort has been used for thousands of years in traditional medicine for treating wounds. In medieval times, when overdosing patients its hallucinogenic effects were used for driving out “demons".

It helps solve the problem of atopic dermatitis, a chronic eczematous skin disease that usually begins in childhood. St. John’s Wort has shown promise in handling this disease.

Other possible applications of this supplement are for social phobia, nerve pain, burning mouth sensation, premenstrual syndrome, as well as, post-operational pain.

For adults St. John’s Wort has been shown to be most effective at lowering symptoms of stress and anxiety with dosages of 300 mg 1 to 3 times per day, taken with meals.

It is not recommended for children.

St. John’s Wort is a wonderful Supplement that can not only help in the relief of stress, anxiety, and depression, but also has many valuable attributes for both body and mind.

Allow us to aid your search by introducing the top two St. John’s Wort products that we have tried and know they work.

In our Review of St. John’s Wort, we found it to be a wonderful supplement with many benefits in addition to reducing stress and anxiety.

The key to using any alternative treatment for anxiety is to follow instructions and have patience.

It is also worthy to note that you need to take time to study various alternatives, try them out, and note the benefits before deciding on the one or ones that suit you best. Always keep in mind that every person reacts differently to specific types of treatment and medicine.

We believe St. John’s Wort would be a great addition into anyone's daily regimen of the Best Supplements for Health and Life.

I’m Tom Snow, the founder of this site, with over 50 years’ experience in research and testing vitamins and supplements. Actually over 60 years. If you include that my mother started me on a daily regimen of vitamins when I was “knee-high to a grasshopper”.