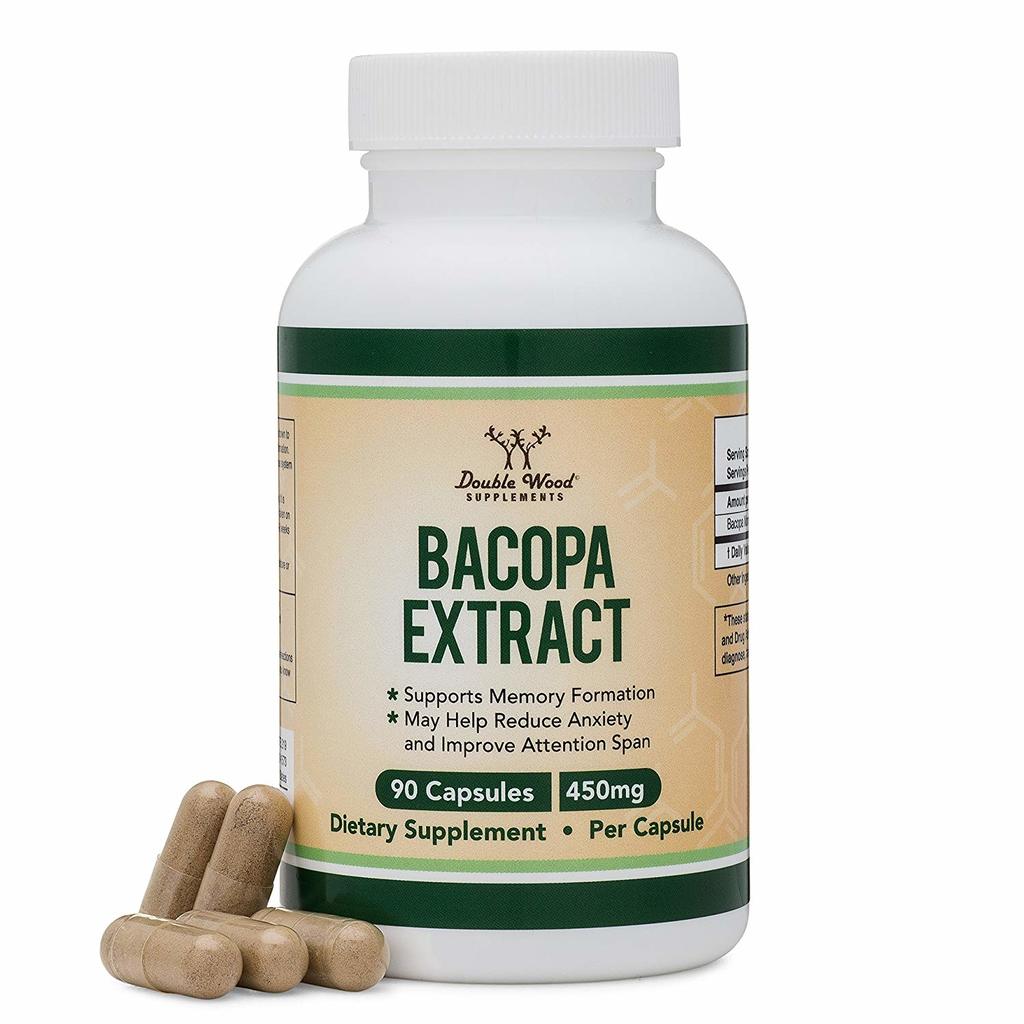 Our Review of Bacopa

Anxiety can be very dangerous because prolonged worry, stress, fears, and sometimes panic can hurt an individual's mental and physical health.

Being a victim of anxiety, I know how it feels to always be anxious. Through the years I've tried so many things to get rid of my anxiety.

Yes, prescribed medicines can work for a while. And, in the short-term they are fine. But what does long-term chemical ingestion cost the body?

How long can the body put up with that and not be harmed?

One such remedy is using Bacopa Monnieri

Bacopa Monnieri is not only used to cure anxiety and stress; it has so many other benefits. In this review, I'll disclose all you need to know about Bacopa Monnieri, and I'm sure it will become part of the solution you've been looking for your anxiety.

Due to its benefits in helping brain functions, Bacopa has become known as a nootropic.

One of the benefits of Bacopa Monnieri is that it is an adaptogen. Adaptogens are molecular compounds that protect the body from the dangerous effects of stress.

An experiment carried out on 17 healthy adults discovered that 320 mg of Bacopa reduced cortisol levels. That outcome helped to showcase this the stress-reducing phenomenon.

Bacopa Monnieri can assist your body in having a better adaptation to both chronic and acute stress. When an individual has chronic stress, glutamate increases.

An explanation for this particular benefit on mental health is Bacopa’s ability to reverse an unhealthy increase in glutamate levels; which helps keep a vital balance.

It was also discovered that Bacopa Monnieri has anti-depressant and anti-anxiety qualities. A study monitored 54 healthy seniors consuming 300 mg of Bacopa Monnieri extract daily for three months. This supplementation drastically reduced their anxiety and depression levels.

Likewise, serotonin and dopamine levels increased while using Bacopa Monnieri supplements. These hormones are the "feel good" hormones that are responsible for your sense of well-being.

This clearly shows that a the use of Bacopa Monnieri for depression and anxiety is a natural remedy, which is also highly effective in boosting mood.

It has been proven that Bacopa Monnieri can improve brain function and cognition in adults, as well as, children who have ADD and ADHD. Likewise, it can concurrently decrease the severity of their symptoms.

A 2014 randomized, double-blind trial examined 31 children who were between the ages of six and twelve years old. This group of kids took 225 mg of standardized Bacopa Monnieri supplements every day for six months. These children experienced a massive 93% reduction in restlessness, a 67% drop in impulsivity, and a 78% fewer learning problems. Also, their self-control improved by about 89%.

Different studies show that Bacopa Monnieri can help in enhancing cognitive function and preserve memory. One such report was published by the Journal of Ethnopharmacology in 2016.

The report made an analysis of nine formerly published studies that assessed the effect of Bacopa Monnieri on cognitive function. The researchers concluded that Bacopa has the ability to improve cognition.

An earlier report reviewed previously published studies on Bacopa relating to cognitive performance and discovered some evidence which suggests that the herbal extract may improve memory in free-recall tests.

Pros and Cons of Bacopa

Bacopa  seems most effective at lowering symptoms of stress and anxiety with dosages of a minimum of 120–200 mg 3 times daily.

Bacopa is a wonderful Supplement that can not only help in the relief of stress, anxiety, and depression, but also has many valuable attributes for both body and mind.

Allow us to aid your search by introducing the top two Bacopa products that we have tried and know they work.

In our Review of Bacopa, we found it to be a wonderful supplement with many benefits in addition to reducing stress and anxiety.

Bacopa Monnieri is one of the most effective nootropic supplements.

In addition to being a cure for anxiety and it's potential for improved cognitive performance in healthy individuals, it has shown a positive impact in reducing the effects of cognitive decline—though the research relating to this is still young.

Whether you’re using this supplement to cure anxiety or to protect and enhance the functioning of your brain, there is some very amazing evidence which shows that Bacopa Monnieri is one of the most effective supplements which can be found in the market.

If you want to get the Best Top-Rated Bacopa Monnieri for yourself try one of the two we’ve tested and verified, above. I'll highly recommend that you get it now. I'm confident you'll start seeing positive results soon!

I’m Tom Snow, the founder of this site, with over 50 years’ experience in research and testing vitamins and supplements. Actually over 60 years. If you include that my mother started me on a daily regimen of vitamins when I was “knee-high to a grasshopper”.